Head Stud Development is owned and operated by Eddie Woods and is supported by a team of dedicated and passionate engineering-based tradesmen, Adam, Patrick and Rodney

Renowned for high-quality work and as a provider of high expertise and professionalism, At the Head Stud Development Co.  all work is performed to the standard that we would be prepared to accept if we were the paying customer.

Eddie’s journey in the automotive world originally began when his father bought a second hand Victa lawn mower when Eddie was 12 and assigned him the task of getting it going.

Not wasting any time, he pulled it apart and then to his father’s amazement, put it back together and ended up fixing it. It was from here that his intrigue was sparked, leading to a life-long passion for engine work and all things automotive. 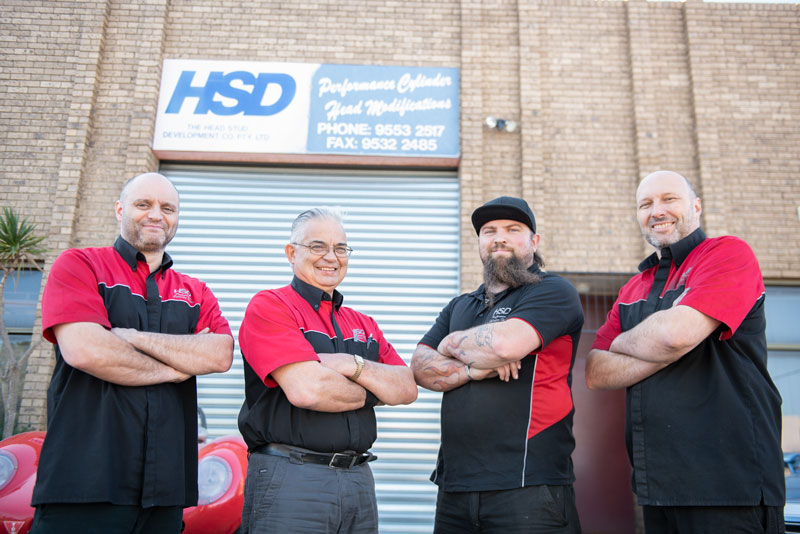 In that same year 1970, Eddie started his apprenticeship at the Repco training centre located in Bouverie St. Carlton, later moving to the host company Hardy Spicer in Clayton. It was here he worked on many aspects of producing Hardy Spicer Repco universal joints and tail shafts for agriculture equipment also half shafts and cv joints for the Leyland motor company.  Eddie progressed from the production of these components into the drawing office where he became a draftsman until he left that company.

Eddie became machine shop foreman and he and his team were remanufacturing over 700 cylinder heads per month, he also worked on the L34 and A9X Holden V8’s and was instrumental in the development of the Brock Commodore V8 cylinder heads.  Eddie then progressed to working on the Irving Yella Terra aluminium Holden cylinder heads carrying out most of the machining operations on a manually operated Bridgeport milling machine.

Once Eddie got a taste of hand finishing cylinder heads, he was hooked. He left Yella Terra in the early 80’s he rented a 600sq.ft. factory in Wickham Rd Moorabbin, across the road from Perfectune, The Head Stud as it was then called had begun trading.

In his first venture he and his then partner Bruce Haughie specialised in hand grinding and modifying cylinder heads, Eddie and Bruce started doing a lot of work for Super Plus speed shop, Eagle Auto’s and Pomwreck in Dandenong. Larry Perkins contacted Eddie and asked if The Head Stud would modify cylinder heads for HDT? From that moment on we started hand finishing ‘B’ Type cylinder heads for the Brock Commodore’s, every Blue Meanie had a set of Head Stud cylinder heads on it. 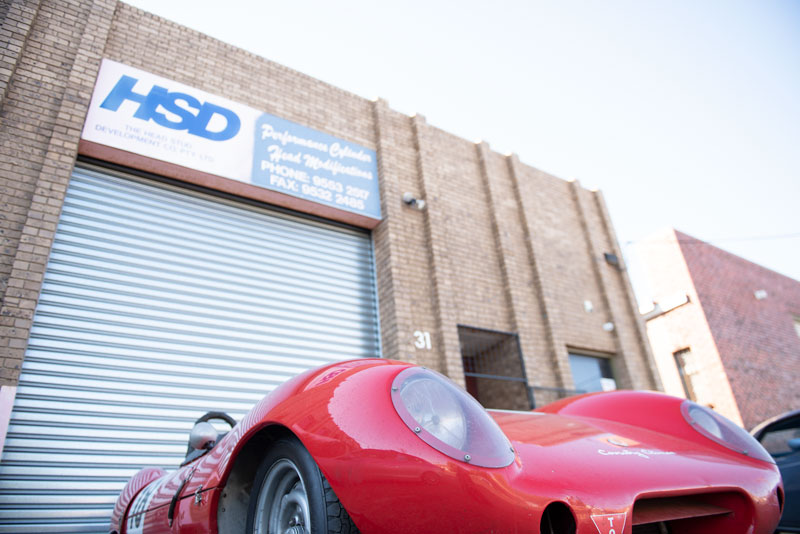 In the Mid 1980’s, Eddie and Bruce were advised to buy a factory around the corner from the Wickham Rd address consequently Eddie moved into a new premises of around 2500sq.ft. in Commercial Rd. Moorabbin just off Wickham Rd. Shortly after that the partnership was dissolved and The Head Stud Development Co. was born. One day Larry Perkins walked into the Commercial Rd. premises and asked Eddie if Head Stud Developments (now known as HSD Cylinder Heads) would modify cylinder heads for Larry’s own race cars   -ie. the VK Enzed sponsored cars, which HSD continued to do almost to the end of Larry’s racing career. Once again HSD was approached by the Brock organization to develop the new spec’d aluminium Chev heads for the Brock Commodore which HSD did, this was the very first group ‘A’ Holden to be built that was to be powered by a Chev engine, HSD also prepared cylinder heads for the Peter Jackson team of Glenn Seaton.

In the late 80’s HSD started preparing cylinder heads for Auscar’s both Holden and Ford V8’s (Cars that ran at the Thunderdome). Eddie built and raced a VL 5Lt Commodore Auscar which he later sold off to become a 253 powered Sportsman, he then built the VN Commodore Auscar (which he still owns) in the 90s. HSD produced the first Australian Nascar cylinder heads for the Fosters Nascar’s that raced in America. HSD continued to work on Auscar and Nascar cylinder heads right up to the closure of the Thunderdome.

In 1992, Eddie decided he needed a bigger workshop and HSD moved into the current address where the company has been ever since. Actively moving away from the group “A” and the Super Car race scene. HSD now concentrates on doing more private work, particularly for historic race cars enthusiast’s.

Today HSD specialises in reviving the Yella Terra style of cylinder head, the Fully 6 Terra spec and the Fully 6 Bathurst spec cylinder heads as they are now known, which are designed for six cylinder Holden’s, like the famous XU1 Torana’s along with Chrysler six’s, Ford six’s and wide range of V8 cylinder heads, HSD’s motto is “if it can be modified we will do it”. 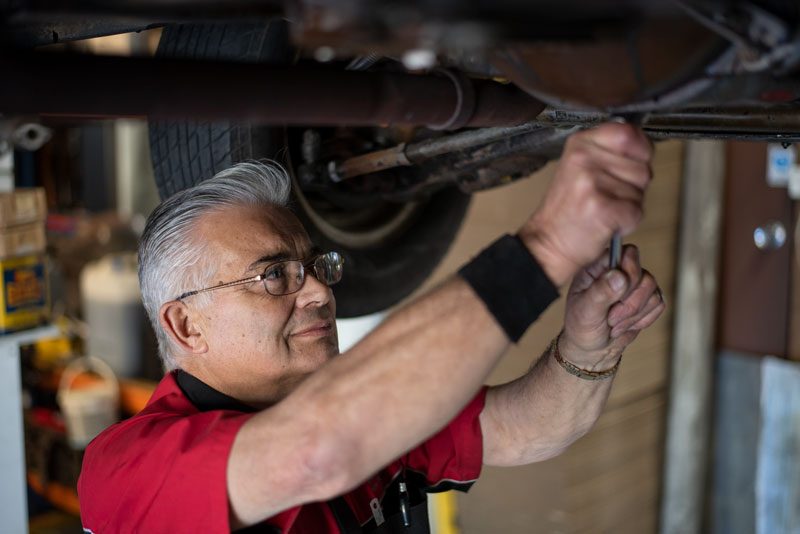 Quality workmanship and professional service, modified a Holden 6 Nine port clyinder head for me, more than pleased with the results. You get what you pay for!

Great guys got a fully6 202 head off them and workmanship is unbelievable cheers again guys.

Awesome work done by these guys.

Top quality workmanship. Had my heads done up years ago and they have been perfect since day 1.

Great service, excellent workmanship and advice. Thanks for all the help with all my engines over the years.

Good blokes, gurus on all types of heads.

To book an appointment or send us an email, contact us now.

For a complete list of services we provide, please visit our Services page.